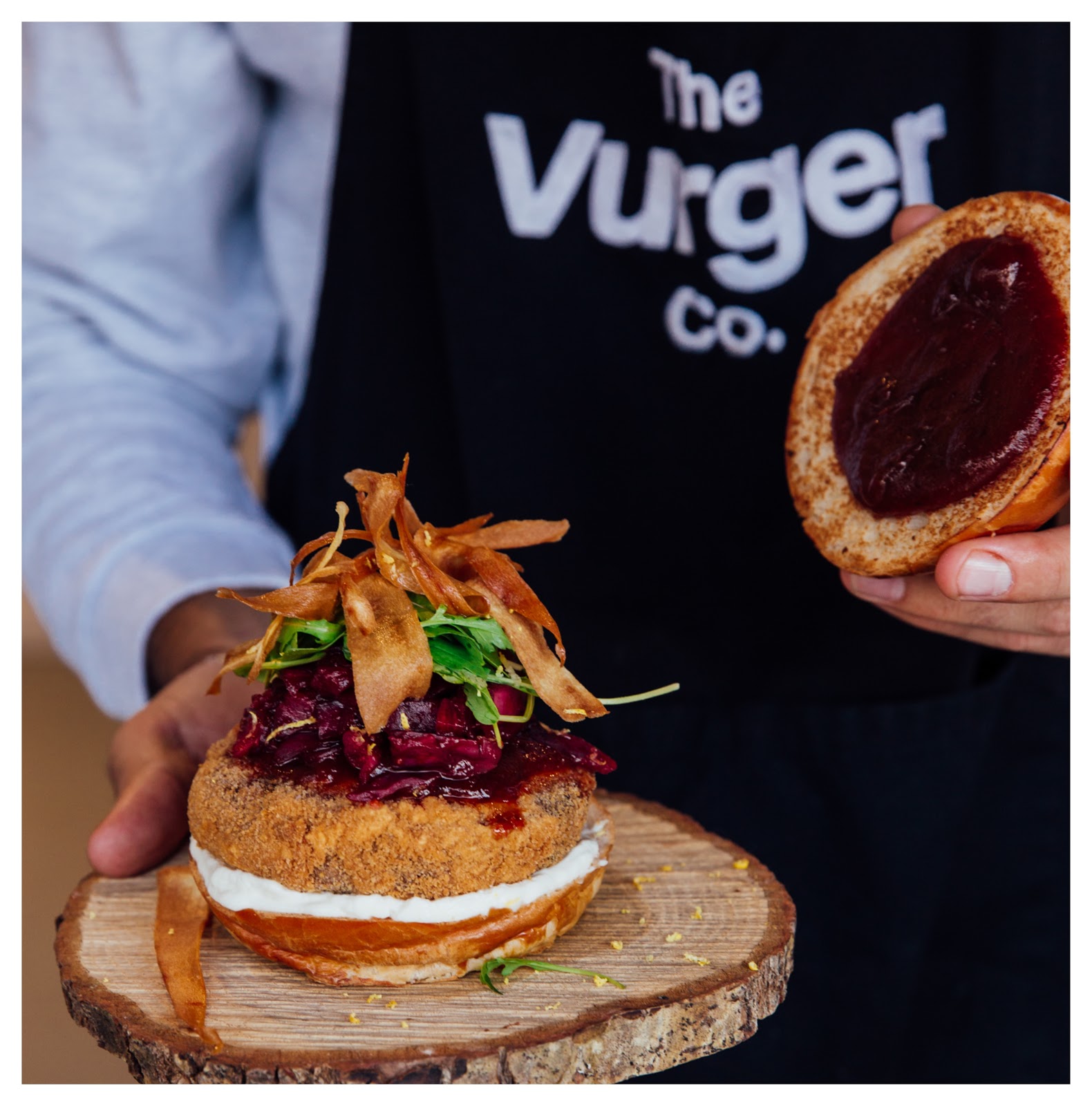 The Vurger Co
From 1st December, The Vurger Co will be serving the Christmas Crackin Vurger. The burger will boast a decadent sweet potato, leek, chestnut stuffing and chickpea patty in a crispy crumb coating with housemade cranberry maple sauce, topped with cabbage, rocket and fried parsnip tails (£9.95). The Vurger Co is a vegan burger brand that started out as a street food stall, and after a successful crowd-funding campaign, launched their first permanent site in Shoreditch this year. This December, the team will also become part of the indoor street food market in Canary Wharf called The Wharf Kitchen.
Swan, Shakespeare’s Globe
This year Swan, Shakespeare’s Globe will be welcoming guests on Christmas Day with traditional dishes as well as a vegan menu and children’s menu. The vegan menu will be a feast of Chickpea & roast aubergine purée, ficelle croutes; Winter vegetable tasting plate (hay-baked celeriac with aged sherry vinegar, marinated artichokes, Heritage carrot hummus, breadsticks, pickled shallots, breakfast radishes); Chestnut and cranberry lattice, fettie-style vegan cheese, pine nuts and wild thyme stuffing, sage-glazed sprouts, roast potatoes and gravy; and Christmas pudding with (gluten & dairy-free) brandy sauce, priced at £65 or £95 with wine pairings. Located on the banks of the Thames, Swan, Shakespeare’s Globe is a modern British all-day dining restaurant next door to the iconic Shakespeare’s Globe Theatre with stunning views over the river to St Paul’s Cathedral.

SILO
SILO is the UK’s first zero waste restaurant, located in Brighton, designed from back to front. Chef Douglas McMaster and the SILO team successfully eliminate the production of waste by choosing to trade directly with farmers, minimising the need for packaging. Any scraps and trimmings from the cooking or leftover food go straight into the on-site compost which in-turn goes back to the farmers. This Christmas, the team have created a festive menu using seasonal, local ingredients – some of which have been foraged by the chefs – with lots of vegan options. Dishes include Glazed pumpkin, pickled walnuts, rosehips and Chewy beetroot, potato skin, mushroom.

Meraki Bar: A hidden living room bar in the heart of London